Notice to foreigners living in Japan, foreign companies and foreign-affiliated companies.
Tokushima Prefecture is located in south-eastern Shikoku, one of four prefectures on the island.
Taking advantage of Tokushima’s rich nature and nationally-leading high-speed Broadband Network, the “Tokushima Satellite Office Project” has been garnering attention within Japan and from abroad as a model for regional revitalization that creates a new flow of people from the cities to rural areas.
In the 10 years since the project began (in March 2012), 91 Japanese companies (as of August 2022), including ICT companies, film companies, design companies, and other related companies, have expanded into 18 of the 24 municipalities in the prefecture.
The satellite offices employ approximately 300 people, of which about 60% are local hires. In addition to the revitalization of the local economy, the number of the people moving into Tokushima has increased (a steady growth since the 2015 fiscal year), local jobs have been created, and new initiatives and services have been born.
This Inspection tour is aimed at companies who are interested in opening Satellite Office, and workers who are willing to remote-work in rural areas other than big cities, such as Tokyo and Osaka.
Come to join our Tokushima Satellite Office Project.
If you are interested in this tour, please see the attached flyer.
We are looking forward to seeing you. 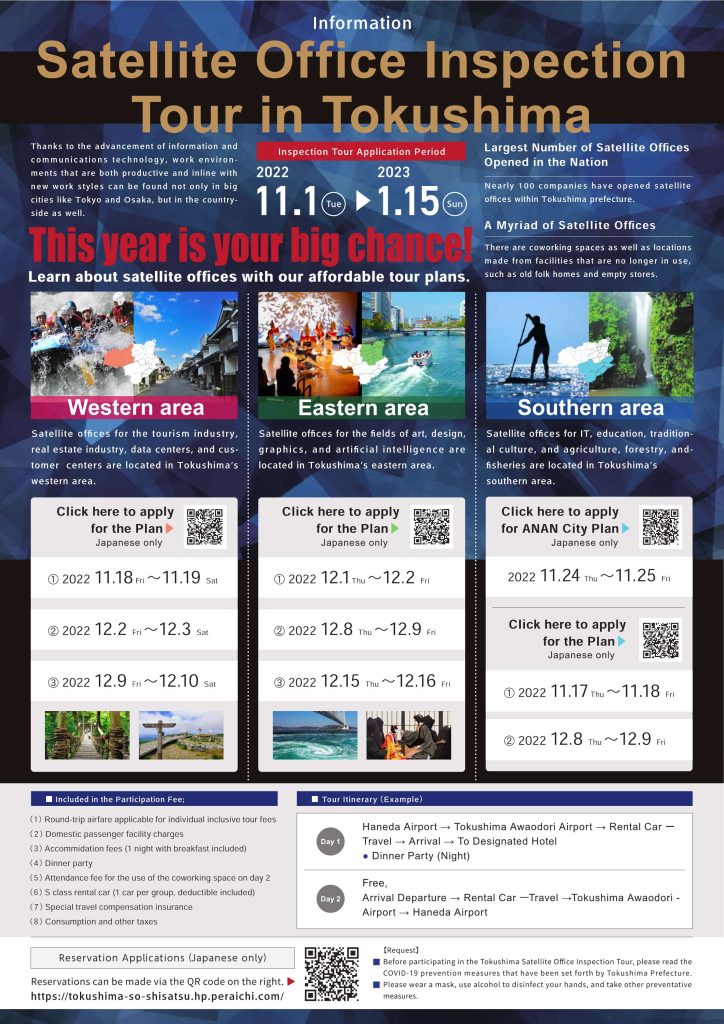